Patrick Colston, 37, of rural Cherokee County, was sentenced to 14 years in prison following his conviction for multiple child sex offenses. According to Cherokee County Attorney Jake Conard, Colston engaged in sexual intercourse with a child between the ages of 14 and 16 in November 2014. The event was not disclosed to law enforcement until March 2016. Colston was also convicted of utilizing an electronic communication device to solicit the child. Colston will serve an additional 2 years in prison for unrelated property crimes.

Following his conviction, Colston posted bond and fled to Mexico prior to sentencing. Colston was arrested attempting to cross the border in April 2019. As a result, Cherokee County Attorney Jake Conard charged Colston with violations of the Kansas Offender Registration Act, for which Colston faces up to an additional 46 months imprisonment if convicted.

“The defendant attempted to evade the consequences of his behavior, but thanks to the work of the Cherokee County Sheriff’s Office with the help of the United States Marshal Service, he was eventually returned to Cherokee County to be held responsible for his conduct.”, said Conard.

On April 1, 2019, Ronald Rex Lomax, 53, was sentenced to 68 months imprisonment for his role in an attempted home invasion which resulted in the death of Lomax’s conspirator, Erik Jones, of West Mineral. In January, Lomax pleaded guilty to multiple felonies, including attempted aggravated burglary, aggravated assault, and contributing to a child’s misconduct or deprivation.

According to Cherokee County Attorney Jake Conard, In March 2017 Lomax, Jones, and a juvenile female drove to a residence in West Mineral to confront the homeowner. Surveillance footage from the residence shows Lomax and Jones were both armed with firearms. When Jones attempted to enter the residence, he was shot by the homeowner and later died at the hospital from his wounds.

“We obtained the maximum sentence as provided by Kansas Law,” says Conard. “Usually, when someone gets killed in the commission of a felony, the suspect is prosecuted for first degree murder, which is punishable by life imprisonment; however, Kansas Courts have found our felony murder statute does not apply to the death of a co-felon.”

In January 2017 Lawellin, as owner of B&D Construction, contracted with a family farm in Cherokee County to construct a steel building. After receiving the down payment, Lawellin never returned to complete the work and would not return phone calls. An investigation by the Cherokee County Sheriff’s Office uncovered multiple similar incidents in and around Cherokee County which established a course of conduct for Lawellin fraudulently receiving payments related to his construction business.

In addition to criminal charges, Cherokee County Attorney Jake Conard also filed a civil lawsuit against Lawellin alleging a violation of the Kansas Consumer Protection Act. In the civil suit, Conard requests Lawellin, and his businesses, be permanently enjoined from doing business in the State of Kansas.

On February 13, 2019 Daryn Kyle King was sentenced to 15 months in prison for possession of methamphetamine. King was arrested in October 2016 after deputies with the Cherokee County Sheriff’s Office executed a search warrant at King’s residence in Baxter Springs. King, who had two prior felony drug convictions, was remanded into custody following sentencing.

“Kansas sentencing guidelines are designed to give drug users multiple opportunities to get help with their addiction”, says Cherokee County
Attorney Jake Conard. “However, when these individuals continue to break
the law, prison becomes the only option.”

On December 7, 2018 Demarco Dejuan Clark, 32, was sentenced to 48 months in the Kansas Department of Corrections for Possession of Methamphetamine with Intent to Distribute.

In April 2018, officer with the Galena Police Department executed a narcotics search warrant at Clark’s apartment in Galena, Kansas. In the course of their investigation, officers seized methamphetamine, marijuana, digital weighing scales, a firearm, and various drug paraphernalia.

“Law enforcement was first alerted to suspicious activity at Clark’s apartment by concerned citizens in the area”, said Cherokee County Attorney Jake Conard. “The follow up by Galena officers, with the assistance of the Ozark Drug Enforcement Team, led to the seizure of more than 20 grams of methamphetamine and a firearm,” concluded Conard. 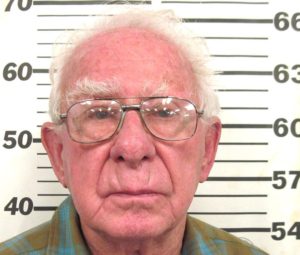 On October 18, 2018 Ray Alfred Golden, 81, of Baxter Springs, was found guilty of Attempted Indecent Solicitation of a Child in Cherokee County District Court. Golden entered a plea of guilty in lieu of proceeding to trial, but maintained his innocence to the Court.

According to Cherokee County Attorney Jake Conard, in August 2015 Golden attempted to persuade a child to enter his residence with the intent to commit an unlawful sexual act upon the child in the home.

Golden, who was an elementary school principal in Columbus, Kansas for 35 years, will be required to register as a sex offender in any county where he resides. Sentencing will be held December 5, 2018 at 9:30 a.m. in Cherokee County District Court. 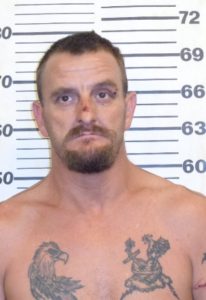 On March 15, 2018 an officer with the Galena Police Department responded to a grass fire on North Jefferson Street. The fire eventually engulfed a small structure in the area. The officer detained Piercefield, who was running away from the blaze with a cigarette lighter in his hand.

On July 24, 2018 the Baxter Springs Fire Department was dispatched to a rural Cherokee County residence, where 68 bales of hay were engulfed in flames. A subsequent investigation by the Cherokee County Sheriff’s Office uncovered a turn signal assembly near the blaze. Based on the part number of the turn signal assembly, deputies were able to determine the part was from a 2005-2009 Ford Mustang.

Later the same evening, deputies contacted Piercefield, who was driving a 2006 Ford Mustang near Galena. The vehicle was missing the turn signal assembly. Deputies also located an individual who witnessed Piercefield at the scene a short time before the fire.

“There was a string of these fires earlier this year. Thanks to the thorough investigation by law enforcement, someone will be held responsible for two of those incidents,” said Cherokee County Attorney Jake Conard. “Local law enforcement, the State Fire marshal’s Office, and the ATF continue to investigate the other incidents. I anticipate additional charges will be filed in the future.”

Sentencing in both cases is scheduled for December 7, 2018.

Suspect Bites Off More than He Can Chew 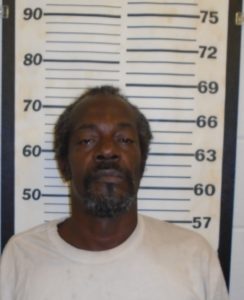 Allen Orlando Martin, 61, was sentenced to 15 months in the Kansas Department of Corrections on September 17, 2018 for biting an Cherokee County Sheriff’s Deputy during an altercation in December 2017

Deputies with the Cherokee County Sheriff’s Office responded to a domestic disturbance at Martin’s residence in rural Baxter Springs. Upon their arrival, deputies witnessed a physical altercation between Martin and a female at the residence. When deputies attempted to detain Martin, he resisted, leading to a physical struggle between Martin and the deputies. During the struggle, Martin bit a deputy’s arm, breaking the skin.

On September 17, 2018 Charles Gordon, 32, of Carterville, Missouri was convicted of two separate incidents of theft of commercial air-conditioning units in Cherokee County.

Gordon pleaded guilty to stealing two air-conditioning units from 4-State Liquidation in Galena on March 3, 2018, causing more than $30,000 in damage to the building. Investigators with the Galena Police Department obtained surveillance footage of Gordon loading the units into the back of a silver pickup truck.

Gordon also pleaded guilty to stealing three air-conditioning units from a church near Galena, causing more than $12,000 in damage to the building. Detectives with the Cherokee County Sheriff’s Office collected tire impressions from the scene, which matched the tires on Gordon’s silver pickup truck. Law enforcement also obtained video evidence of Gordon selling copper and aluminum metal in Joplin, Missouri on the dates of both thefts.

“Copper thieves are a particular nuisance to the community because they cause thousands of dollars in damage for a few hundred dollars worth of metal,” says Cherokee County Attorney Jake Conard. “Fortunately, the Kansas legislature has recently passed laws increasing the severity of the punishment for crimes involving the theft of scrap metal,” concluded Conard.

Gordon will be sentenced on November 19, 2018 in Cherokee County District Court. 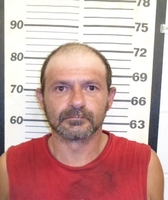 On August 28, 2018, Troy Eugene Maxton, 44, of Baxter Springs, Kansas entered a guilty plea to one count of breach of privacy. At his formal arraignment, Maxton admitted to “putting a camera in an inappropriate place.” Cherokee County Attorney Jake Conard, went on to explain to the court Maxton placed a cell phone camera under a bathroom door to take a picture, knowing there was a female juvenile inside.

Detectives with the Cherokee County Sheriff’s Office seized Maxton’s cell phone and recovered an image of the bathroom floor and door. According to Conard, the Kansas breach of privacy statute makes it a felony to secretly photograph or record any person who is nude or in a state of undress.

Maxton, who faces up to 23 months imprisonment, will be sentenced in Cherokee County District Court on October 24, 2018. As a condition of Maxton’s guilty plea, he will also be required to register as a sex offender in any county where he lives or works.